I have had the pleasure of sharing my office with this handsome man for the last several weeks while he got more comfortable around new people; he’s quite the cuddler once he gets to know you, but he’s shy at first and exhibits some fear of people so our Veterinary Behaviorist and Behavior Programs Supervisor asked if I’d work with him through our office foster program.

I started off fostering both Boaz and his buddy Benito – who, happily, has since been adopted – so they could both get used to being around people together. 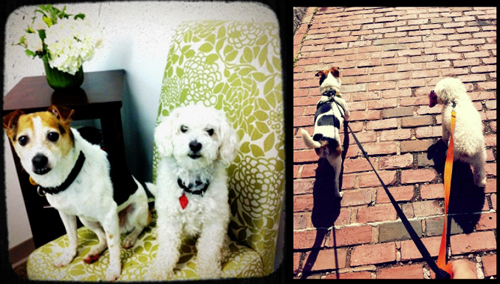 Boaz is a five year old Jack Russell Terrier mix who came to our shelter when his owner’s health declined and was no longer able to care for him. He is a wiggly and happy guy that absolutely craves attention once he has spent a few minutes getting to know you. You’ve probably never met a pup who grins like Boaz! Boaz’s favorite trick is doing “trust falls:” he’ll sit on your lap and fall backwards into your outstretched arms, then lay on his back and expect belly rubs. He also loves playing with other small dogs in playgroup.

While typically I only foster in the office, I asked to take Boaz home for the weekend so he could have a chance to blow off a little steam and have some real, extended time outside the kennel. We made a stop at PetCo (it’s “Where the Pets Go!”), where I let him choose his very own toy, then went to the dog park, where he was very friendly and polite with other dogs both big and small but a little shy around their owners. When we got home, he wasted no time in exploring his new surroundings and, after a brief stop for dinner and working on cues, he commandeered one corner of the office futon as his own.

Throughout the weekend he loved going for long neighborhood walks, enjoyed car rides with his head hanging out the window, and was content to snuggle on the couch and watch television. He knows how to “say please” (sit in order to ask for what he wants) when he wants to go out to the bathroom or when he thinks it might be dinnertime. He is very treat motivated, quick to learn, and eager to please. He doesn’t especially love toys but does love to play and get his energy out by running around. Although I live on a busy street, Boaz never barked at cars or passerby.He displayed no destructive behaviors and did not jump on furniture unless he was invited to come up on things like the couch or bed. 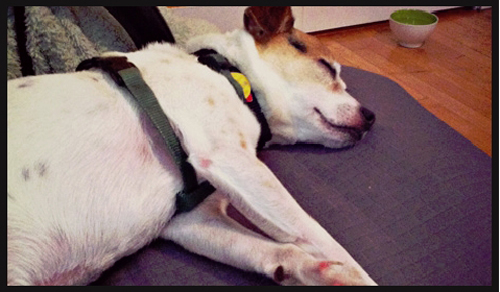 He did show some fear (hiding under the bed, trembling) during a loud thunderstorm, but could be coaxed out with treats. He showed no interest in the hedgehog living in the house and only displayed aggression toward the household cat when the cat displayed aggression first. He would do fine in a home with a cat that has already been exposed to dogs. Most of all, Boaz wants to be with “his people;” he is happiest sitting next to you, getting his ears scratched or his belly rubbed, grinning his doggy grin. And he’ll love you forever if you let him sleep at the foot of your bed! 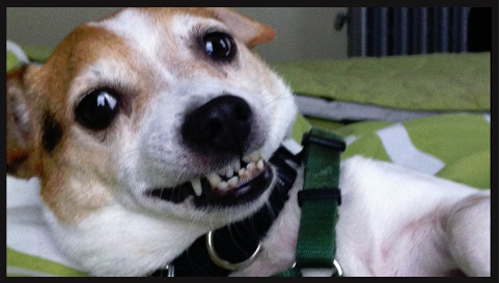 Boaz is still looking for his forever home. You can read more about him on the Animal Rescue League of Boston website!