A few weeks ago I came home from my weekly obedience class with my new dog and proudly beamed to my husband that Kaylee had earned her B.A. I’m sure that statement would sound odd for those not yet familiar with the new APDT Canine Life and Social Skills program.

No, Kaylee isn’t a genius dog who went to college (though we certainly think she’s a canine Einstein). In fact, the B.A. is the term we use for the first level of the C.L.A.S.S. program. Named after human academic degree programs to promote the idea of education and the progression of learning and skills, the C.L.A.S.S. program has three levels: the B.A., M.A. and Ph.D. 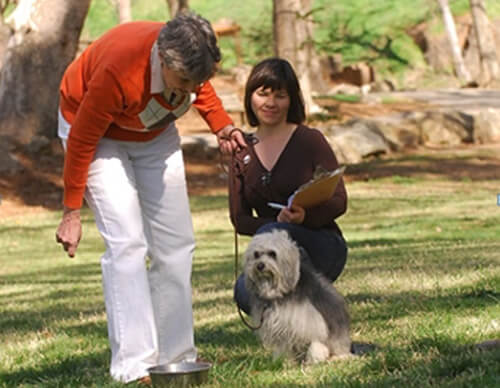 C.L.A.S.S. was conceived by a team of trainers who were volunteers and staff of the Association of Pet Dog Trainers, a professional association of dog trainers and behavior consultants committed to providing better education for the training profession. Our goal was to create a program that emphasized “real life” manners in training classes in order to help pet owners build stronger, happier relationships with their dogs. The level program also incorporated the concept of a path for owners to follow with their dogs so they could progress in the level of difficulty in the skills learned.  Some of the “real life” skills that are taught and assessed in C.L.A.S.S. include leave it (leaving an object alone on cue), stays with distractions, settle in place (either on a mat or in a crate), loose leash walking around distractions, and backing up on cue. A full list of all the skills in each level can be found at the program website here.

Another key benefit of the C.L.A.S.S. program is its applicability in the shelter world, which is why we’re thrilled to partner with the Center for Shelter Dogs in presenting the program through two webinars in October 2012. When we were first determining what skills should be included in C.L.A.S.S., we discussed with shelter workers and volunteers what they felt dogs needed most to stay in homes once adopted, hence the emphasis on the self-control skills like settle. Providing a program that could be easily used with shelter dogs and volunteer training programs was near and dear to my heart, as I first got my foot in the training world by doing volunteer “head start” classes at shelters in Los Angeles. Providing dogs with a mental outlet during their stay at shelters made the classes very valuable and the volunteers found themselves with a new purpose in not just simply taking the dogs for walks, but in teaching them essential skills that would make them more adoptable such as sit, down, stay and walking nicely on leash. I know for the experienced dog owner these seem like such simple things, but many shelter workers can tell you that a medium to large adolescent dog that jumps up, pulls on leash and has no manners is often doomed to never leave the shelter, no matter how nice the dog is despite his or her unruliness. 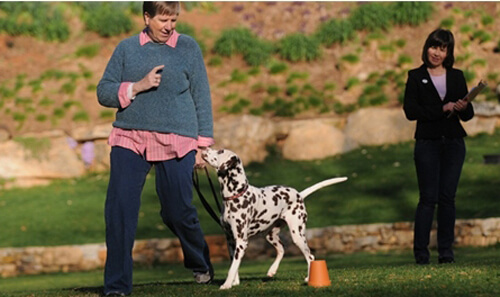 I recently saw a survey by the American Pet Products Association that found that only about 5% of dog owners took their dogs for training. I can’t give a scientifically valid reason as for why that is since no survey has been done yet to find out why this is, but my own anecdotal assumption is that training often seems so difficult or out of reach for most owners. The truth is, training can be very easy, and it can be a lot of fun, and if we can use the C.L.A.S.S. program to promote that idea, both with dogs in the home, and with dogs in the shelters awaiting homes, we can hopefully make a dent in the number of dogs relinquished to shelters and increase the number of dogs that are adopted. 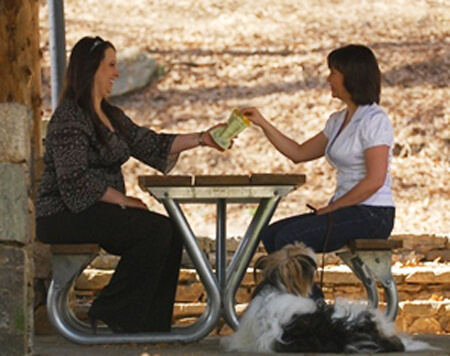 I will always remember a class that I was teaching at a shelter several years ago. We were working on sits and downs in the parking lot area by the front of the shelter and a volunteer was working with a very large, middle-aged black dog of some undetermined mix. The dog’s name was appropriately, Tank, and he had been sitting at the shelter for weeks with no interest by adopters who were likely put off by his massive size, or his dark coloring, or his possible breed mix. He was a terrific student however and that day was doing sits and downs on cue with aplomb.

An older couple walked past him and the volunteer. They then stopped to chat with her for a while and eventually went inside the shelter. I asked the volunteer what their conversation was about and she said that they were completely shocked at how Tank could sit and down so quickly on cue, as if they had never seen a dog do that before. The volunteer had explained to them how easily he learned and how simple the training process was and they were deeply impressed and awed. Later on that afternoon I found out that the couple had met with Tank after the class, and promptly adopted him.  They could not stop raving to the staff about how intelligent he was, and how they had never known that they could train a dog so easily. And he remained happily with that couple for the rest of his days. I tell this story often when discussing the power of training to help find dogs homes, and keep them there. When it comes to the sheltering world, the APDT’s goal with the C.L.A.S.S. program is to encourage more trainers to work with shelters, promote training during a dog’s stay at a shelter by volunteers and staff, and encourage more adopters to pursue training once they’ve taken the dog home.